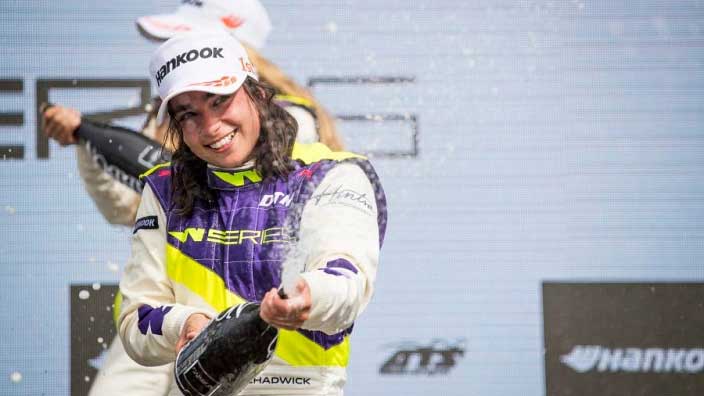 Williams has confirmed two-time reigning W Series champion Jamie Chadwick will remain part of the team’s driver academy for a fourth year. Chadwick joined the Williams academy in 2019 and has since claimed success in each of the first two seasons of the W Series.

The 23-year-old will again feature on the grid of the all-female championship racing with the new Jenner Racing outfit, the team owned by former Olympian Caitlyn Jenner.

Another year in blue with @WilliamsRacing 🖊💙 Can’t wait to get to work 🙌🏻 pic.twitter.com/9ar5786Vks

“I’ve had a lot of support from everyone there throughout the last three years and the simulator work I’ve done has been hugely valuable for my race preparation.

We are delighted to announce that @JamieChadwick will continue her work as part of the team’s Driver Academy! 🤝

“I’m looking forward to continuing my programme throughout the 2022 season and I know that the team will be cheering me on during my upcoming 2022 W Series campaign; I’m really proud to continue representing the Williams name on the grid.”

As a part of the Williams academy, Chadwick will continue work on a personalised simulator programme with the team also supporting her preparations for the upcoming W Series season that begins in May at the Miami Grand Prix. 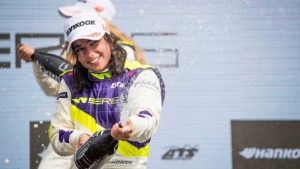 “We are incredibly pleased that Jamie will continue to be part of our team,” added Williams sporting director Sven Smeets.

“Her immensely impressive performance in the 2021 W Series Championship only reinforced our appreciation for her talent and skill, and we were delighted to play a part in her commendable success.

“Jamie’s role in promoting female inclusion in motorsport continues to be both hugely important and admirable; she is a fantastic ambassador for the sport, and we are looking forward to working with her throughout the 2022 season.”