Wednesday, 8 February 2023
You are here: Home Entertainment Our 5 Most Anticipated Movies and Shows Coming to Peacock in 2023: ‘Cocaine Bear,’ ‘Bel-Air,’ ‘Mario Bros.,’ More 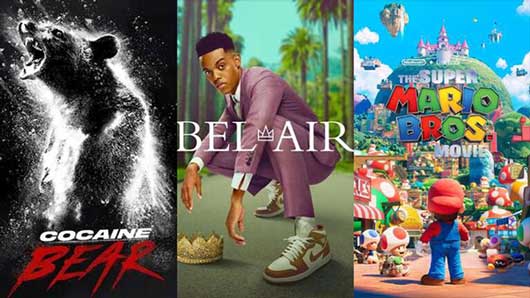 Peacock had one of the best years of any streaming service on the market. The service doubled its paid subscriber base from 9 million to 18 million, and it was largely thanks to an increase in high-demand content. Movies like “Jurassic World: Dominion” and “Halloween Ends,” plus series like “Bel-Air” drew in large amounts of new users.

The upcoming year promises to be just as formidable from a content perspective on Peacock. Check below to see which movies and series we’re most excited about watching on NBCUniversal’s streaming platform in 2023. 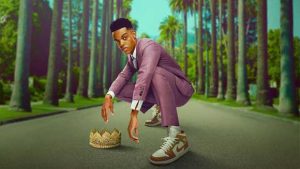 Set in modern-day Los Angeles, Peacock’s successful one-hour drama series Bel-Air imagines the beloved sitcom “The Fresh Prince of Bel-Air” through a new, dramatic take on Will’s complicated journey from the streets of West Philadelphia to the gated mansions of Bel-Air. As these two worlds collide, Will reckons with the power of second chances while navigating the conflicts, emotions, and biases of a world far different from the only one he’s ever known.

Season 2 of “Bel-Air” picks up with Will at a crossroads as a new figure comes into his life who challenges what he’s learned in Bel-Air and competes for control of his influence. He juggles this while navigating his home life with the Banks family and trying to rebuild the trust that was broken at the end of last season. 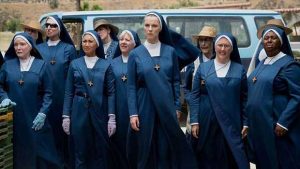 “Mrs. Davis” is the world’s most powerful algorithm. Simone is the nun devoted to destroying her, convinced she is a threat to all humanity. This twisted tale is the ultimate showdown between religion and technology, and only one can walk away a winner. Who are you putting your money on?

This series stars Betty Gilpin, and beloved character actress Margo Martindale, alongside David Arquette. “Lost” producer Damon Lindelof is bringing his talents to the series as well, ensuring that what meets the eye in the course of the series may not actually be what’s going on. 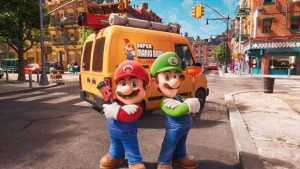 From Illumination and Nintendo comes a new animated film based on the world of Super Mario Bros. A plumber named Mario travels through an underground labyrinth with his brother Luigi, trying to save a captured princess. Along the way, they will journey through magical worlds and undergo thrilling adventures, all while trying to evade the clutches of the evil Bowser.

Concerns over Chris Pratt’s voice performance as Mario aside, this film looks undeniably nostalgic and fun. A theatrical release date of April should put the film on Peacock sometime in mid-late summer, depending on how well it does at the box office. 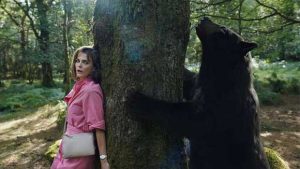 An oddball group of cops, criminals, tourists, and teens converge in a Georgia forest where a 500-pound black bear goes on a murderous rampage after unintentionally ingesting cocaine. This movie is based on a true story, stemming from a 1980s case of a bear who found large quantities of the drug in the woods.

The film is directed by Elizabeth Banks and features an impressive cast, starring Keri Russell and Ray Liotta in one of his last performances before his passing in 2022. The plot is sure to be as outlandish as the title, and its February theatrical debut almost guarantees it’ll be on Peacock in late spring or early summer. 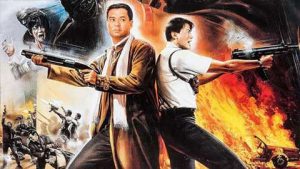 John Woo is remaking his own film, and it’s coming exclusively to streaming on Peacock. In the original 1989 version, a hired gun with a conscience must take one final job in order to make amends to a singer he accidentally blinded while working on another hit.

The list of remade films is long, and getting longer every day, but it isn’t often that a director gets a second chance to make their own film again. The first iteration of “The Killer” is highly regarded worldwide, and it will be fascinating to see if Woo can recapture the magic for this streaming-exclusive remake. No specific date has been set, but Peacock has confirmed the movie will arrive in 2023.