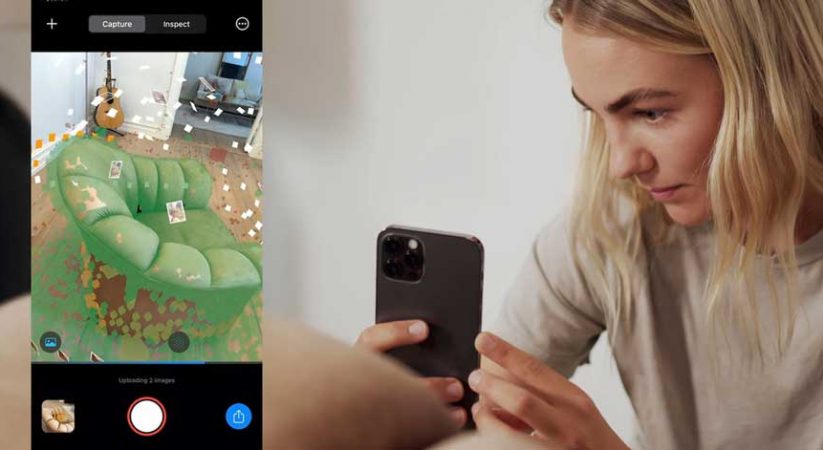 Legendary Games has reported a new cell phone application that can build 3D models of articles from a progression of cell phone photographs. The thought is that you’ll have the option to utilize the application, called RealityScan, to examine an item in reality – say, a seat – and afterward bring the sweep of that article into your game or venture.

You can perceive how it functions in the video at the highest point of this post, which highlights someone checking an earthy colored seat, the consequence of which resembles a hand tailored 3D model. The application is right now accessible in a first-come, first-served beta through Apple’s TestFlight stage that will be available to 10,000 clients.

I got into the RealityScan beta, and using the app is pretty straightforward. To take a series of photos, you can hold the capture button down or take the shots individually, and as you do, you’ll want to slowly move around the object to take various shots. The app asks that you take at least 20 images. Once you’re done scanning, you can send the model to be uploaded to Sketchfab, a 3D-modeling platform, and after a few minutes, you’ll be able to see the scan you’ve taken on the site.

Unfortunately, the two separate scans I took of my desk chair weren’t quite as good-looking as the chair Epic is featuring in its marketing:

A scan of my water bottle on a table didn’t turn out much better:

While my RealityScan models might look more like abstract art than believable 3D models, there could be any number of reasons why they weren’t up to par. Perhaps my iPhone 12 mini’s cameras aren’t good enough. Maybe I wasn’t in a well-lit room. I may not have taken enough scans or didn’t get the correct angles. And the app is launching in a limited beta, so Epic will presumably continue to iterate up to the app’s official release.

I still think the app has a lot of promise, as it could be a really useful tool to quickly create 3D models using just your smartphone. An early access release on iOS is set for spring, and an Android version of the app is set to be released later this year.

And this isn’t the only developer tool news we’ll get from Epic this week; the company is hosting a “State of Unreal” event on Tuesday, April 5th, at 11AM ET.