Wednesday, 8 February 2023
You are here: Home Entertainment BAFTA Nominations 2022: Full list of Film Award nominees and when the Baftas winners will be announced 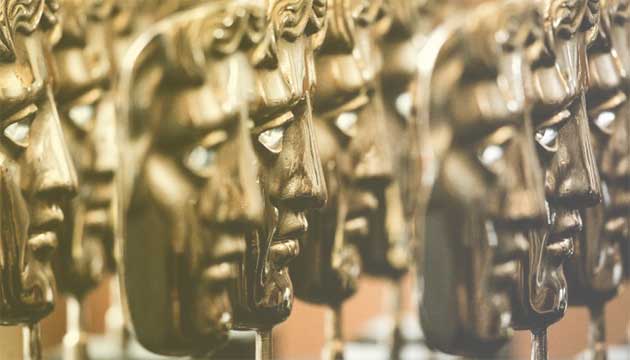 The evening began with BAFTA chair Krishnendu Majumdar paying homage to the people of Ukraine and to all those covering the war, many of whom are BAFTA members.

British musical treasure Shirley Bassey then launched the festivities with a rousing rendition of the title song from James Bond film “Diamonds Are Forever” for which she received a standing ovation from the capacity crowd.

Host Rebel Wilson began proceedings with a couple of quips: “You guys might be like why is Rebel Wilson hosting the BAFTAs? Uh yes I come from the bush but if you think about it don’t we all,”? Wilson asked.

BAFTA Film Awards 2022: How to watch Sunday’s Start time and nominees online from Without Cable

“I’m so excited I can play the non-funny love interest in an Adam Sandler movie,” Wilson said.

Turning her attention to the latest box office hit Wilson said: “‘The Batman’ is set to become the biggest movie. Ironic that one man and a bat started the whole thing…”

“Hot Fuzz” star Simon Pegg presented the first award of the evening, for Special Visual Effects, which went to “Dune.”

RuPaul and Naomi Campbell presented the next award, for cinematography, to Greg Fraser for “Dune.”

Asim Chaudhry presented the BAFTA for original score to Hans Zimmer for “Dune.” Zimmer is on tour and therefore unable to collect the award in person.

Conrad Khan and Shalon Brune-Franklin presented the BAFTA for makeup and hair to Linda Dowds, Stephanie Ingram and Justin Raleigh for “The Eyes of Tammy Faye” and casting to Cindy Tolan for “West Side Story.”

Kenneth Branagh presented the BAFTA for outstanding debut film by a British writer, director or producer to Jeymes Samuel for “The Harder They Fall.”

The EE Rising Star award was presented by 2021 winner Bukky Bakray and Lady Gaga to Lashana Lynch for “No Time to Die.”

Jonathan Bailey and Simone Ashley presented the costume design BAFTA to Jenny Beavan for “Cruella,” but she couldn’t be present to collect the award.

Presenting the award for film not in the English language was Léa Seydoux and the BAFTA went to “Drive My Car.”

Emma Watson presented the BAFTA for outstanding British film to

The most celebrated event in the British film industry calendar returns for its first live edition since the pandemic. The last BAFTA Awards took place on Feb. 2, 2020, with COVID-19 a distant concern for most attendees. Last year’s event was largely virtual, with an in-person studio in place for a select group of presenters. It was also the beginning of a troubled chapter for BAFTA, which gave an Outstanding Contribution to Cinema award to actor Noel Clarke during the televised ceremony — just weeks before numerous women came forward alleging sexual harassment against the actor.

BAFTA, which has since conducted a review into its special awards process, is this year skipping any non-competitive awards altogether, including its prestigious BAFTA Fellowship and Outstanding Contribution to Cinema.

This year’s awards mark the second edition of the BAFTAs since the institute’s groundbreaking diversity review in 2020 threw up a diverse range of nominations. Denis Villeneuve’s epic sci-fi thriller “Dune” goes into tonight’s awards with the most nominations at 11 nods, while Jane Campion’s moody western “The Power of the Dog” has eight nominations.

Keep checking this page for all the winners.

Outstanding Debut by a British Writer, Director or Producer

Film Not in the English Language

EE Rising Star Award (Voted for by the Public)