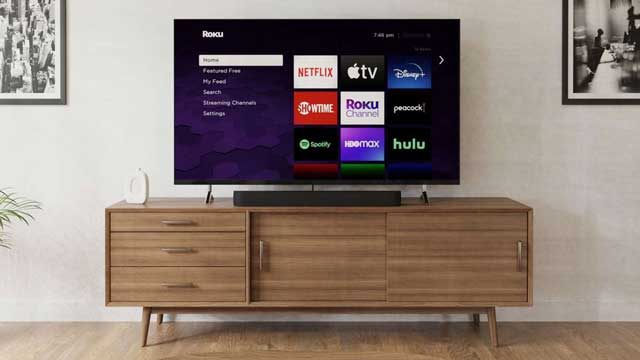 We’ve arrived at the end of another week, folks. And while today may be unapologetically February, we can always brighten things up a bit with some deals.

If you’re in need of a new streaming device as we approach the Super Bowl or even this weekend’s NFL Pro Bowl, Roku’s Streambar Pro is a nice all-in-one solution as a soundbar and 4K-capable streaming device — and it’s currently on sale. You can pick one up for $149.99 ($30 off) at Amazon. The Streambar Pro runs Roku’s popular and straightforward user interface, and you can even expand it later by adding wireless speakers and a subwoofer to go full-on surround sound.

If you don’t need such a large soundbar or expansive system to grow into, the smaller Roku Streambar is less than half the size with the same 4K streaming apps. It’s currently $89.23 on Amazon.com, knocking about $41 off its usual full price of $129.99. That promo code indicates this deal is for Valentine’s Day, but there’s no shame in buying it for yourself. The little Streambar is perfect for a bedroom TV or other small room.

If watching professionals at their athletic peak during the NFL playoffs or the 2022 Winter Olympics has got you feeling motivated to get off the couch, now might be a good time to pick up a fitness-focused smartwatch. The Apple Watch Series 7 is $50 off in all colors of its 41mm GPS configuration on Amazon. That’s $349 for Apple’s latest watch with a larger display, heart rate monitoring, fall detection, and blood oxygen tracking. It isn’t quite its best price to date, but you can get the sale price in any color you prefer. The larger 45mm Series 7 watch is $379 (also $50 off) in green, blue, and starlight, though the midnight black colorway is only discounted by $40.

Meanwhile, if you’re an AT&T customer, you can buy one cellular-equipped Apple Watch and get another one for $330 off as part of its Valentine’s Day promotions kicking off today. This offer runs until February 17th and extends to the more modestly priced Apple Watch SE as well as the flagship Series 7. Though, in typical carrier fashion, there are some caveats: you have to add a line, and your $330 gets paid back to you in bill credits.

If you’re not an iPhone owner, Samsung’s Galaxy Watch 4, the Google WearOS 3-powered smartwatch, is also $50 off. You can pick up Samsung’s 40mm-sized Galaxy Watch 4 in Wi-Fi and aluminum configuration for $199 at Amazon Buy. The Galaxy Watch 4 may function best with Samsung’s devices, but you can use it with other Android phones as well. It features ECG monitoring, fall detection, sleep tracking, and a sleek round display.

Once again for AT&T customers, the same buy-one-get-one $330 off deal extends to LTE-equipped versions of the Galaxy Watch 4 and its pricier Galaxy Watch 4 Classic sibling.

Over on the gaming front, console restocks have been a bit quiet recently. We’re always on the lookout for when there’s a chance to order the PlayStation 5 and Xbox Series X, but right now, there’s an opportunity to buy the smaller Xbox Series S with a nice discount. Antonline is selling the Xbox Series S Fortnite and Rocket League Bundle for $279.99 on its eBay store. This includes some free in-game content for both free-to-play titles, and the whole package is $20 lower than its usual price of $299.99.

The Xbox Series S doesn’t have the 4K capabilities of its bigger Series X sibling, but it can play all the latest titles at a respectable QHD resolution — and it’s so small and adorable to boot. Just be aware that its built-in 512GB of SSD storage yields about 364GB of usable space, which some games easily soak up nearly a third of with one install. The storage capacity can be expanded with a proprietary expansion card, though they can cost more than half the price of the console itself.