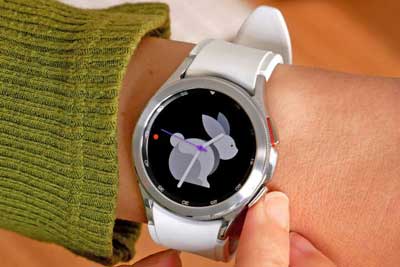 Google’s announcing new Wear OS features Tuesday to help make it easier to set up a new watch, use the Google Assistant and stream music from YouTube without downloading songs ahead of time.

The faster setup process, coming in the next month, will recommend Android apps for a new watch based on the ones on your phone. You can push any of those recommended apps to the watch with a tap.

The Google Assistant is being redesigned for Wear OS, with Google noting that it will also get a faster response time. You’ll be able to summon it with the “Hey Google” phrase, much like how Google Assistant works on its Nest speakers. Google didn’t have a timeline beyond “coming soon” for the Assistant, just as Samsung said in its own announcement Monday, but it says the Assistant will be made available through the Google Play Store when ready.

Also coming soon will be Wi-Fi and LTE streaming support for YouTube Music Premium subscribers. (Google says anyone using an existing Wear OS 2 watch will also get this feature.) Subscribers to the service can currently download music for offline listening, but the update will support music streaming without a phone nearby.

The Samsung Galaxy Watch 4 is still the only watch running the latest version of Wear OS — itself a recent collaboration between Samsung and Google — and is therefore the main target for most of these features.

The Galaxy Watch 4 leans heavily on apps and services from Samsung, including using Bixby as the sole voice assistant at launch. While other manufacturers are planning to release new Wear OS watches or update existing ones like the Fossil Gen 6, many of those plans are also set for some unknown point in 2022.

Google also has plans for Fitbit, which have yet to take shape. Google has previously confirmed that Fitbit’s features will work their way into Wear OS at some point, and that new Fitbit devices are in development. More recent Fitbit devices, such as the Fitbit Sense, include the Google Assistant and Amazon’s Alexa, while the Fitbit Charge 5 runs a separate OS that focuses on health-tracking features.

These Galaxy Watch 4 announcements also come a day before Samsung’s Unpacked event, in which the company is expected to reveal a rumored Galaxy S22 phone line.