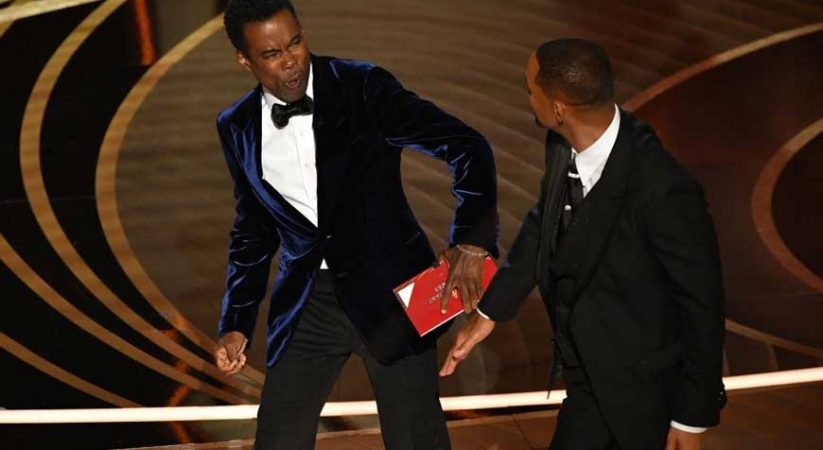 The Academy of Motion Picture Arts and Sciences has launched a formal review into the onstage incident between Will Smith and Chris Rock that took place during Sunday’s 94 annual Academy Awards.

“The Academy condemns the actions of Mr. Smith at last night’s show,” the statement released on Monday reads. “We have officially started a formal review around the incident and will explore further action and consequences in accordance with our Bylaws, Standards of Conduct and California law.”

On Sunday, the King Richard star abruptly walked onstage and slapped Rock with an open hand, on the face, after the Saturday Night Live alum made a joke about Smith’s wife, Jada Pinkett Smith. While taking the stage to present, Rock quipped, “Jada, I love ya. G.I. Jane 2, can’t wait to see it,” referencing her shaved head.

The Girls Trip actress has been vocal about her struggles with alopecia, an autoimmune disorder which causes bald spots and hair loss. After delivering the slap, Smith returned to his seat and yelled, “Leave my wife’s name out of your f**king mouth.”

Soon after, Smith took the stage and accepted his first Oscar for Best Actor.

“The Academy does not condone violence of any form,” read the statement. “Tonight we are delighted to celebrate our 94th Academy Awards winners, who deserve this moment of recognition from their peers and movie lovers around the world.”

In addition, the Los Angeles Police Department confirmed that they were aware of the incident and that Rock declined to press charges. “LAPD investigative entities are aware of an incident between two individuals during the Academy Awards program,” the statement read.

The Academy does not condone violence of any form.

Tonight we are delighted to celebrate our 94th Academy Awards winners, who deserve this moment of recognition from their peers and movie lovers around the world.

“The incident involved one individual slapping another. The individual involved has declined to file a police report. If the involved party desires a police report at a later date, LAPD will be available to complete an investigative report,” the statement added.

“This is a beautiful moment, and I’m not crying for winning an award,” he noted. “It’s not about winning an award for me, it’s about being able to shine a light on all the people…the entire cast and crew of King Richard.”

So far, Rock has yet to speak out about the incident.