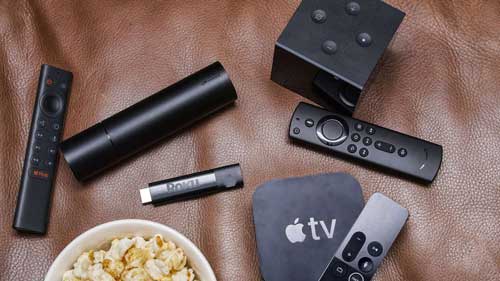 An annual February tradition is once again fast approaching. We want to be sure you’re prepared and help you spend your money wisely. Is it Valentine’s Day, you ask? No, but we’ve got you covered there, too. It’s the day before that, the Super Bowl — also known as the “big game” if you’re an American or an advertiser legally barred from using the trademarked term. Whether you’re into the actual game of football and rooting for the Los Angeles Rams or Cincinnati Bengals — or you’re just there for the commercials, snacks, and halftime show — you want to ensure the stream you’re watching looks good.

The Super Bowl may not be broadcast natively in 4K, but you want to have a streaming device that stacks up to whatever performance your TV is capable of. The big finale of the football season drums up all sorts of discounts, so you can save money in the process. Here are the best deals right now on streaming devices to get you ready for Super Bowl Sunday (which is February 13th, by the way).

Let’s start off with the most affordable options and work our way up. Amazon’s Fire TV Stick 4K is a table stakes-type streaming stick, but it is more than capable for most people’s needs. This 4K-enabled dongle with HDR, Dolby Vision, and Dolby Atmos hasn’t changed in a few years, but in 2021, Amazon refreshed it by packaging a new Alexa voice remote with it. Normally $50, the Fire TV Stick 4K is currently just $29.99 at Amazon Best Buy. While there are cheaper Fire Sticks out there, they are limited to 1080p resolution and only save you about $10 compared to this excellent sale price.

Roku’s alternative to the Fire Stick is its Streaming Stick 4K — released in 2021, it added Dolby Vision to round out the features of this affordable streamer. It also ticks the boxes with HDR support, 4K resolution, and compatibility with Google Assistant, Apple’s Siri, and Amazon’s Alexa. It is on sale for $29.98 (about $20 off) at Amazon Best Buy, and Target; putting it on even footing with the Fire Stick 4K for a device that was fully revamped last year. It’s very compact and super simple to use, and that ease of use helped land it on the number two spot of our best streaming devices list. If you don’t already have a familiarity or preference for Amazon’s Fire TV interface, then the Roku can make for a better platform-agnostic experience.

Back over in Amazon’s camp, the Fire TV Stick 4K Max is the newest and greatest of the Fire Stick options. At its regular price of $55, it is recommendable to nearly anyone as a solid all-rounder unless you’re on the very tightest of budgets. This advice is even easier to heed now that it’s down to $44.99 at Amazon Best Buy, and Target (though it did just previously drop to $40 and bounce back up a little). One of the big standout features that sets it apart in this price range is support for faster Wi-Fi 6 speeds, making it future-proof if your home network is already Wi-Fi 6-enabled. It’s essentially the best route to go if you prefer (or don’t mind) Amazon’s interface or if you already have other Amazon devices in your home, but overall it is a great streamer with excellent performance at this tier.

Google’s Chromecast with Google TV may have a confusing name, but it’s one of our favorite options around, sitting at the top of our list of recommendations for streaming devices to buy. This Chromecast was Google’s first to include a dedicated remote control and the first to implement the new Google TV interface for easier browsing of content that you may actually want to watch. While it isn’t without its flaws (it can feel a little slow and buggy from time to time), it supports the expected features of a device at this price, including 4K resolution, Dolby Vision HDR, and Dolby Atmos audio. It’s now back down to its usual deal price of $39.99 at Best Buy  Target. That $10 discount is about as good as it gets for Google’s best Chromecast to date.

Shifting from streaming dongles to mini set-tops, the Ultra is Roku’s top-end streamer, and it’s currently $30 off at Best Buy Amazon. This brings it down to about $69, matching its all-time low price since first released in 2020. The Roku Ultra has plenty of bells and whistles now found in other streaming sticks launched more recently, but some conveniences that Ultra maintains are its built-in ethernet port for a faster wired connection and a USB port for local video playback via external storage. If those features and Roku’s streamlined interface appeal to you, this older model is worth a look now that it’s at this lowered price. 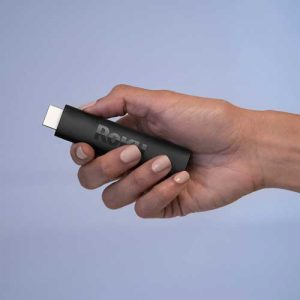 The Amazon Fire TV Cube is one of the older devices in this list, though it is the only one that doubles as an Echo smart speaker. It offers similar video chops as the Fire TV Stick 4K, complete with 4K resolution, Dolby Vision, HDR, and Dolby Atmos audio, but it adds a hands-free Alexa voice assistant and built-in speaker. Sure, it may be better to go with a Fire Stick and a separate Echo speaker, but if an all-in-one approach sounds enticing to you, you’ll be happy to see the Fire TV Cube is now selling at a new low price. The Cube is currently $69.99 at Amazon Best Buy, and Target — a savings of $50 for the boxiest device to sit under your TV since the Nintendo GameCube.

If you prefer playing in Apple’s garden, there is one optimal solution for a streaming device: the Apple TV 4K (second-gen), released in 2021. The latest Apple TV has a big emphasis on speed and performance, thanks to its A12 Bionic processor, Wi-Fi 6 compatibility, and HDMI 2.1. It also has one major update over the older models that is a welcome change — a remote that isn’t terrible. The Apple TV 4K doesn’t often go on huge sales, but right now, it’s $20 off in its 32GB storage configuration at Amazon. That brings the price down to $159.99 at checkout. Costco also has it discounted to the same price, though that’s exclusive for members.