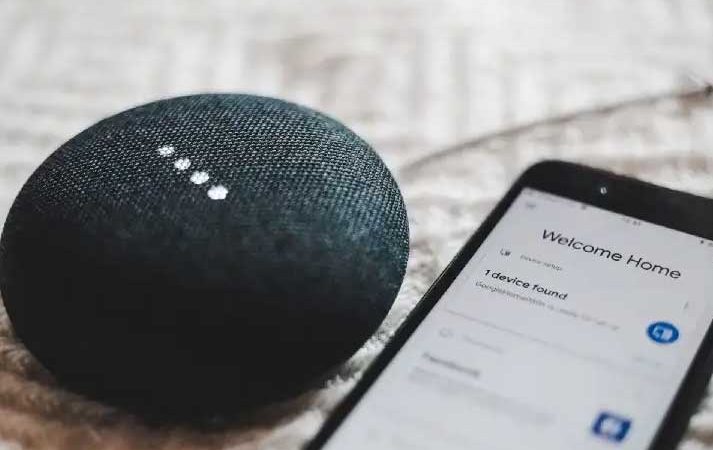 We had CES recently and there are some interesting smart-home devices announced when we talk about smart-home devices, the term “Matter” is thrown around frequently and in this article, I will try to make you understand what’s the matter (Sorry for that pun).

The Matter is an open-source protocol developed by Nordic Semiconductor and supported by Amazon, Apple, and Google (yup that’s true) for smart-home devices. The Matter protocol will bring a standard to the smart-home device market making sure that all matter compatible devices will sustain and will not be dependent on other devices that you already own, allowing users to take the matter into their own hands (that was the last matter pun I promise).

How does matter work? 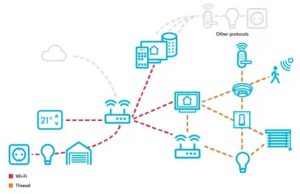 Matter uses Thread, Wi-Fi, and BluetoothLE (Bluetooth Low Energy). The matter thread along with BluetoothLE forms a Mesh Network allowing the user to add new devices to the network. The Thread and Wifi are used for network communication acting as the transport layer in the network and BluetoothLE is used to authorize and every new (and existing) device that is part of the mesh network. All these devices can now communicate with each other and can adapt to network changes authorized via Bluetooth.

How is it different from current smart home devices?

That was a lot of technical information, let’s understand how it’s different from current smart home devices. Right now the smart home devices either work individually i.e. one smart bulb work as an individual bulb but not as a room lighting system or they work through a bridge allowing you to add multiple devices inter-connected through a bridge but in this case, if you want your devices to communicate with each other and work as a system they will have to be compatible with the bridge since the bridge is responsible for authorization and communication.

The matter mesh network addresses this problem by making a mesh network without needing a bridge authorized via Bluetooth allowing them to communicate with each other and work as a system.

How does it benefit the consumers?

The smart-home or smart assistant device manufacturing companies are building a garden of inter-connected devices allowing flawless syncing and setup but along with this beautiful garden, they are also building fences so that users won’t leave their garden. This limits your options for smart-home devices, and it will limit the features too.

The Matter protocol is a standard open-source protocol so if your device is matter compatible, then you don’t have to worry about your current smart-home devices, it will work flawlessly and since the standard is designed by the top Smart-home device manufacturers there are high chances that, it will be compatible with their current systems.

How does it benefit the manufacturers?

The Matter protocol is bringing open standards which makes it easy for the manufacturers to support and be compatible with plenty of devices that are available right now and even those that will be available in the future.

Advantages of the Matter protocol

Apart from the advantages to the consumers and manufacturers, there are plenty of other benefits making it simple for the consumers to do a smart-home setup, let’s understand those:

Right now if you buy any smart light, a smart plug, thermostat, door-bell, window blinder, or any other smart home device, you have to download the manufacturer’s app to setup the device and if you have devices from multiple manufacturers, their setup will be a nightmare, and matter solves that issue. Matter device setup is manufacturer-independent and streamlined allowing users an easy onboarding experience.

The Matter is a standard and open-source protocol making sure that it’s compatible with all the matter-supporting smart-home devices irrespective of their manufacturers, allowing you to better set up your smart-home device logic and routines.

Ok, that might be an exaggeration but let me explain, What if you purchase plenty of smart-home devices and spend hours setting those up, you have set up different routines and everything is working great until one fine day the manufacturer stops the device line, the supporting apps are no longer available on App Stores (boom), all your devices will be almost unusable, almost unusable because even though these are smart home devices they won’t be smart at all, your routines will stop working and you might have to change all the devices at your home, set up those again, and again set up the routines and hope that this new manufacturer will be there forever.